Whenever beauty and looks are talked about, flowers are referred to. Flowers of any size, shape, or color never recede to fascinate. There are a few strange but beautiful flowers that we need to see and understand the mystic creation of nature. 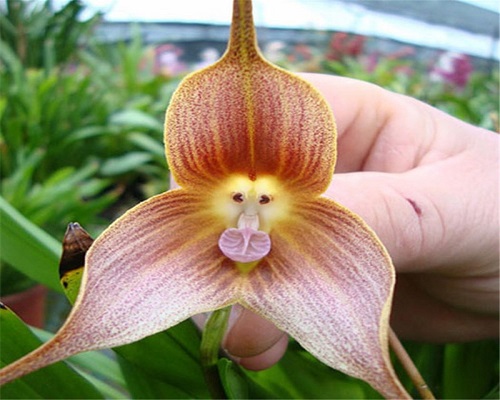 Beautiful and strange things are not common to see. One has to be lucky and audacious enough to venture and trek through the Ecuadorian and Peruvian mountains to a tiring height of 1000 to 2000 meters to see Monkey Orchid or Dracula simia. The lips, petals, and columns of these flowers are so uniquely arranged that it is easy to feel that a baboon’s image has been engraved in it. 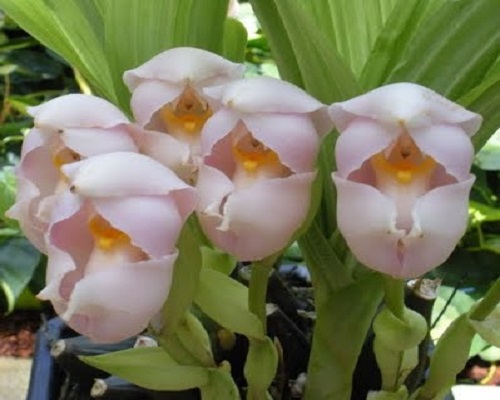 These beautiful Orchids flowers are found in the Andes mountains of Columbia and are one of the 10 species of Anguloa genus. Their shape resembles a baby being swaddled or wrapped in a cloth. They don waxy petals and cream color and reeks of cinnamon and have a long life. Their thin and delicate leaves creased with plump conical pseudobulbs make one feel like holding in palms. 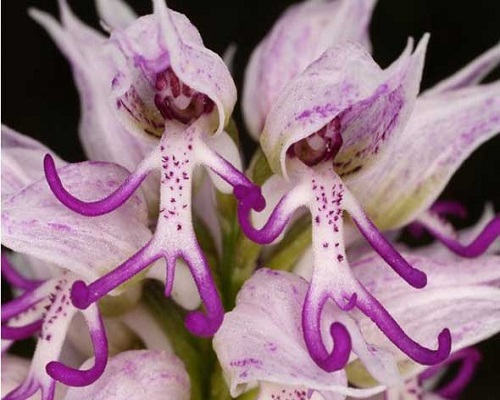 These are some of the amazing species of Orchids that are targeted by humans due to their potential to cure diarrhea, flatulence, and act as an agent for arising sexual desire. They are indigenous to the Mediterranean regions. These flowers bear the look of tiny naked men hanging from a floral axis. They are grown in a combination of two tones – bright pink & white and light purple-white. Since they are vulnerable to extinction because of their many uses, they are better to order to a reputed online florist in Melbourne and avoid legal trouble. 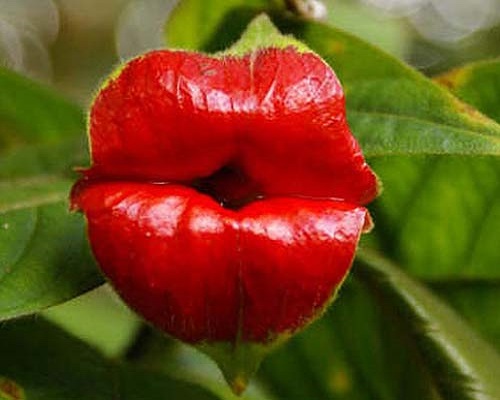 These Rubiaceae plant families are reckoned for sensuality. Hooker’s Lips or the Psychotria Elata wears a unique shape of a woman’s lips. The lips are actually a bract in bright red color. To complement its sensuality, the green leaves at its base work like a Cupid’s bow. They are native to the tropical rainforests of Africa.

5. Snapdragon and its Skull 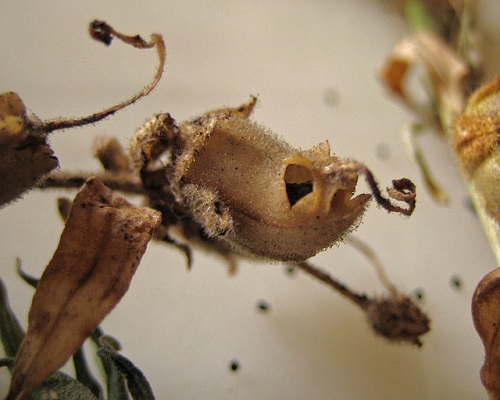 Found in Europe, North Africa, and America, these flowers are also called Antirrhinum. The steam pod produces petals that look like the face of a dragon that close and open their mouth when squeezed. But when they fade and wither, what’s left behind is the dangerous looks of a human skull. Due to the seedpod wearing a frightening look, these flowers were considered to hold supernatural power in the olden days. 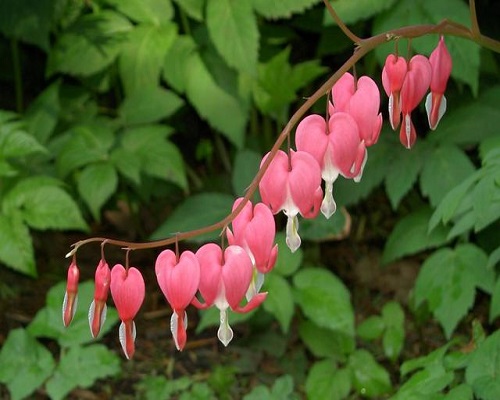 These flowers of Lamprocapnos species are best to gift when deep and passionate love or strong emotions have to be conveyed. They bear the name because of their unique shape that resembles a heart. They wear bright fuchsia petals. When bloomed, the petals open up and give way to the inner part called the “lady in a bath” that looks like a droplet. They are found in North and East Asia in Siberia, China, Japan, and Korea. 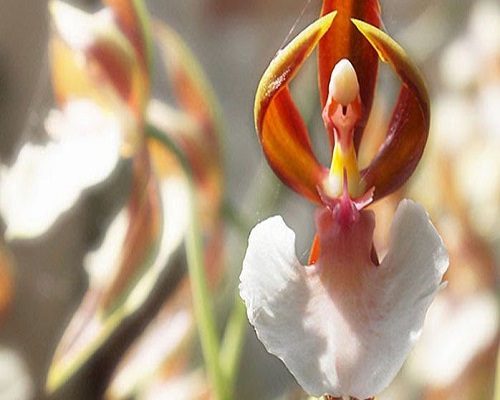 Just a look at the Ballerina orchid that grows on Australian island is enough to remind you of a ballet dancer. The cream-colored flowers with a dash of maroon color and three different tones in petals and sepals are as impressive as a ballet dancer striking a pose. What completes the look of Ballerina orchid-like ballet dancer is a white part that resembles a tutu worn by the dancer. 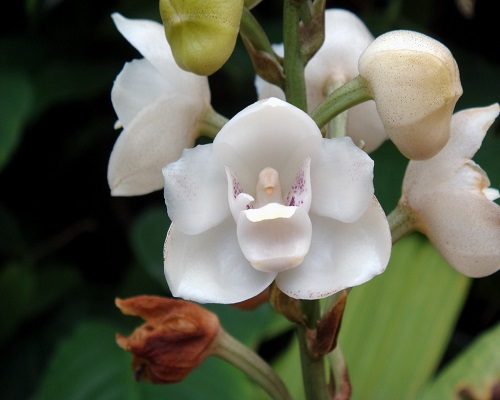 A genus of Peristeria orchid, these flowers are indigenous to South America, Panama, Trinidad & Costa Rica. They bloom in pure white with an amazing structure inside that resembles a little dove with a tiny yellow beak and wings freckled in pink. Due to their looks, they are synonyms for peace. 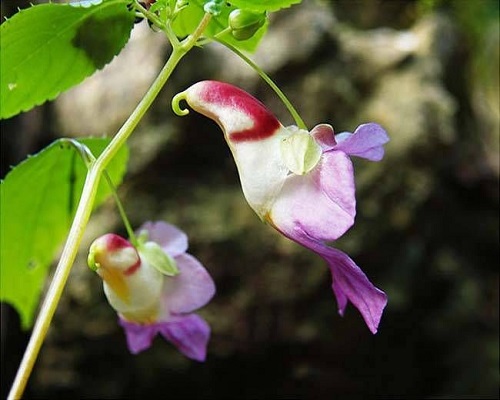 This rare genus of the balsam family is found in Thailand, Burma, and the northeast state of India. They were first discovered by Sir Joseph Dalton Hooker in 1901. Due to their parrot-like looks, they are named “Impatiens psittacina.” When they bloom, they look like a “flying cockatoo.” 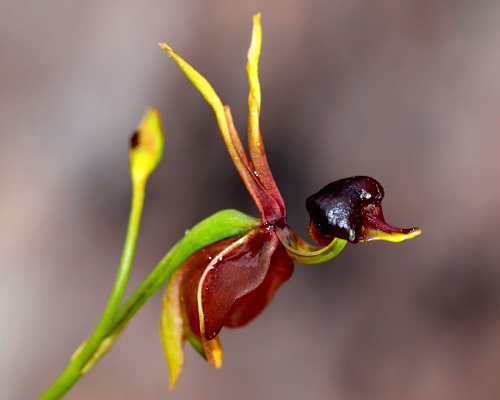 Caleana major or the flying duck orchid is native to the southern and eastern wilderness of Australia. Each of the stems grows 2 to 4 flowers in reddish-brown with a single leaf in green color at the base of the stalk. They bloom from September to January. Due to their labellum that resembles a duck’s beak and its extension the head of the bird, they are named so.

If you see them closely, you can contact Melbourne Fresh Flowers at 1300 60 20 11. This online florist in Melbourne has local and international business associates and can source beautiful but strange flowers for you.