Here are the anniversary flowers by year 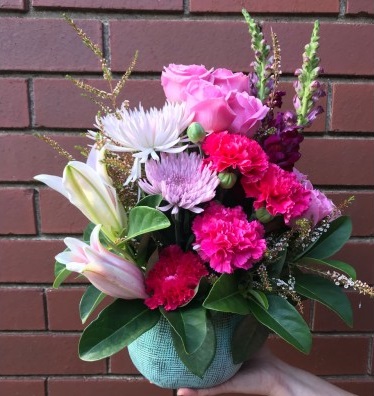 Anniversary is always a memorable moment for the couple. Spending one year of marriage together is a short step towards something big. This is the time when the couple understands each other and strengthens their bond and commitment. Hence, gift your loved one a bouquet of red carnations since it symbolizes love and commitment. If your local florist has run out of carnation, go online for anniversary flower delivery in Melbourne.

2nd Anniversary – Lily of the Valley 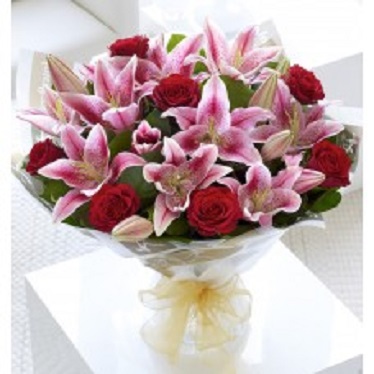 Deep maturity and strong understanding for each other creeps in by the time of 2nd anniversary. Entering into the second year of marriage also makes the couple realize that they have overcome all the shortfalls, and accepted each other with their plus and minuses. Express your best wishes with a bouquet of lily of the valley. It symbolizes warmth, strength, and devotion for the married relationship.

Sunflowers have different meanings across cultures. However, they are most commonly associated with loyalty, love, and warmth. Thus, they make an apt gift for the third anniversary to honor the bonding between the couple. Their bright yellow color also represents happiness, vitality, and intelligence. Moreover, the yellow color is also symbolic of friendship. 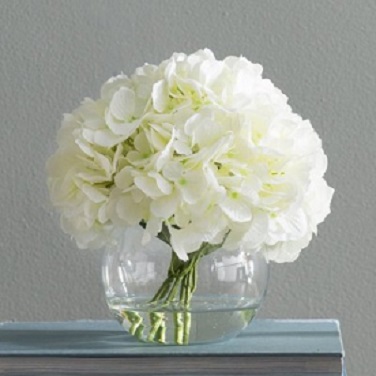 Anniversary is the time to appreciate the couple for growing their relationship through all odds. A bouquet of this beautiful flower will represent an appreciation for the couple. Hydrangea also stands for gratitude and deep understanding between the couple. A bouquet of hydrangea in pink, white, and purple color will express heartfelt emotions for the couple. If these many colours aren’t available with the local florist, contact online florist Melbourne. 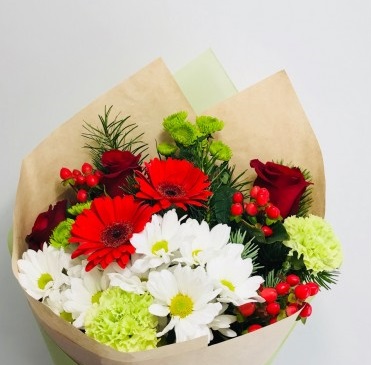 Celebrate love and life and togetherness of half a decade with a bouquet of daisies. Gifting your spouse a bouquet of Daisies will strengthen your relationship. Since husband and wife are also the best friends of each other, these lovely blossoms will also celebrate friendship. 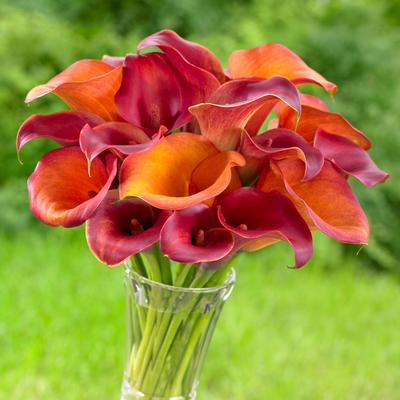 6 fabulous years of togetherness infuse love and wisdom into a couple. By this time, their love not only deepens, but they also grow in experience and knowledge and are in a better position to take decisions concerned with life. So go ahead and gift a bouquet of calla lilies to the couple. Feel free to experiment with different colors or choose the usual white, pink, and purple for a bouquet.
7th Anniversary – Freesias 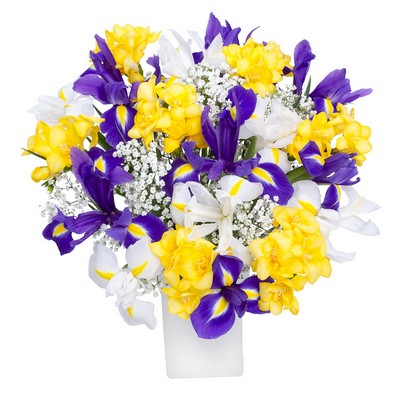 Reaching this stage of married life makes the couple inseparable companions for life. They become so dependent on each other that they commit each other to share the life till the end. So make them happy and appreciate them for the trust and wisdom they share with a bouquet of freesias. The sweet smell of these beautiful flowers also represents innocence, friendship, and faithfulness. Pick red, pink, and yellow colors for the bouquet. 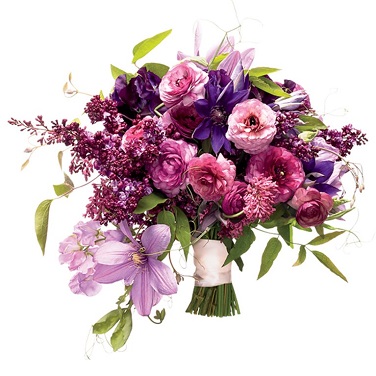 Lilacs are spring flowers and their blooming marks the beginning of spring. Since spring is symbolic of new life and new love, send your loved ones a bouquet of lilacs in purple and white color for the 8th anniversary. This gift will also infuse youthful innocence into the couple’s life. The lilacs will as well bring back the memories of the days when the couple has fallen in love with each other. 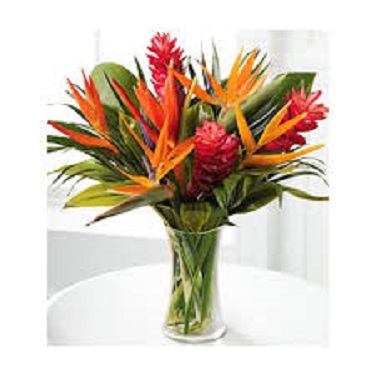 This South African native flower resembles a flying bird. Their striking appearance and bright color make them perfect as 9th anniversary gift. Since a bird in flight is symbolic of freedom and happiness, gift the couple a bouquet of Bird of Paradise to appreciate their relationship of love, freedom, and happiness.

A decade of love is a fabulous achievement for the couple. At this stage of life, the couple discovers that they are truly made for each other. So make this moment special for them by sending a bouquet of yellow daffodils. The yellow color will signify the love and passion they share. To make it more creative, include tulips in the bouquet as well. Yellow daffodils and pink tulips are popular combinations for online anniversary flowers in Melbourne 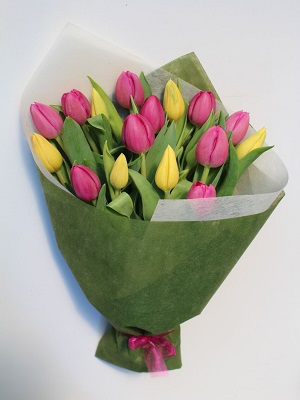 It takes strong devotion to spending 11years of marriage together. This is the stage when there is deep love, understanding, and maturity between the couple. Needless to say that they also become addicted to each other and share an immense comfort level. Such a milestone achievement deserves celebration with tulips. A bouquet of red tulips for the couple will be a token of appreciation for their devotion. 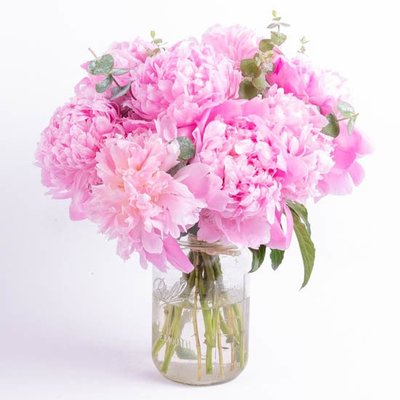 Wishing prosperity and good fortune to the couple on their 12th anniversary is best done by gifting a bouquet of peonies. These pretty flowers are regarded as a sign of happiness. So gift the happy couple a bouquet of pretty peonies. 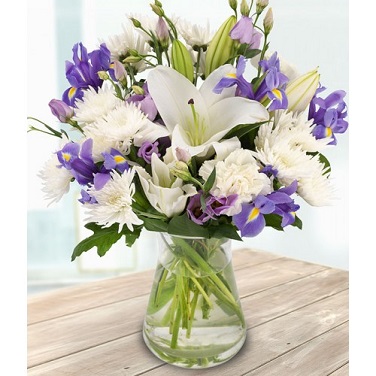 Celebrating the 13th anniversary is a sign of the abundance of love the couple shares. Being together for such a long time also shows their fidelity to each other. The petaled mums are also symbolic of good luck. So appreciate their love and fidelity with a bouquet of chrysanthemums. White chrysanthemum stands for devoted love, whereas red for passionate love. 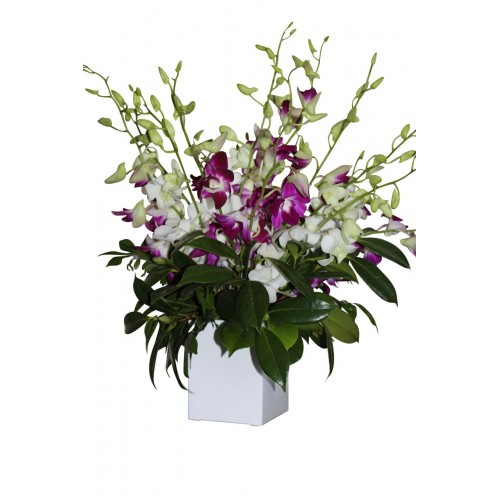 Nothing can separate the couple who has spent 14 glorious years together for their love is strong, firm, and unconditional. Such traits of the couple are indeed commendable. So appreciate them with a bouquet of orchids. Pick pink orchids for the bouquet since they stand for pure affection. 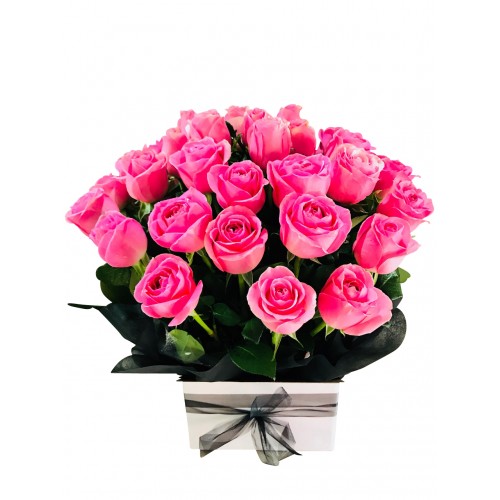 15 years of togetherness is a sign of surviving all odds and backing each other. This stage of married life also shows the strong dedication between the couple. For such a positive trait, gift them a bouquet of 21 roses. If you have immense love for the couple, gift them a bouquet consisting of 50 long-stemmed roses.

If you are looking for an anniversary flower for your spouse or loved ones in Melbourne, contact Melbourne Fresh Flowers. This online florist Melbourne can create the perfect anniversary bouquet and deliver it the same day.