If there is something that our eyes love to look at and that fills hearts with happiness and lifts spirits, it is none other than a sunflower. These beautiful, perennial, and charming flowers have been fascinating humankind since time immemorial. They are one of the most beautiful sights to behold be it in single or posy. These lovely yellow blooms have been so named because of their sun-like appearance. One can easily connect their vibrant yellow petals with sun-rays. Apart from beauty, sunflowers also hold these 7 sweet facts that you may not be knowing.

1. They have an American origin 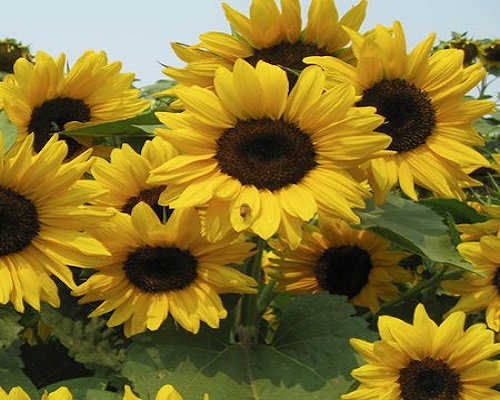 These beautiful flowers were originated in America way back in 1000 B.C. Owing to their nutritional value, they were cultivated for consumption initially. They were also used as medicine and oil, which is still continued even in this modern age and time. That testifies their wide usage and benefits to humankind. No wonder, sunflower is the state flower of Kansas, a state in the United States. Other countries that took their popularity to heart and made it a ‘national flower’ in Ukraine and Russia. 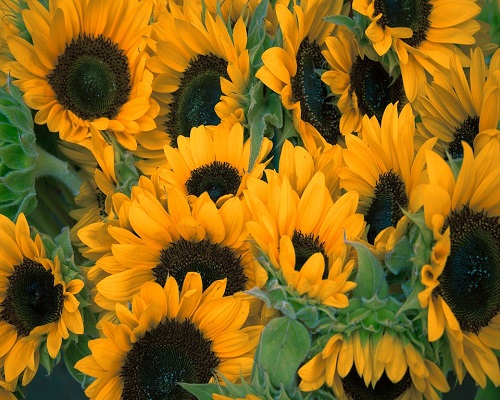 Sunflowers are one of those blooms that grow quickly and to an exceptional height. They can grow up to the height of 12 ft. in six months. In fact, they have been recorded to attain a height of 9.17 meters in 2014. Besides their fast growth and height, they are also found in varieties. They can be small, large, and bear petals in yellow, red, maroon, orange, peach, and red-orange. Overall, there are 60 varieties of sunflowers. 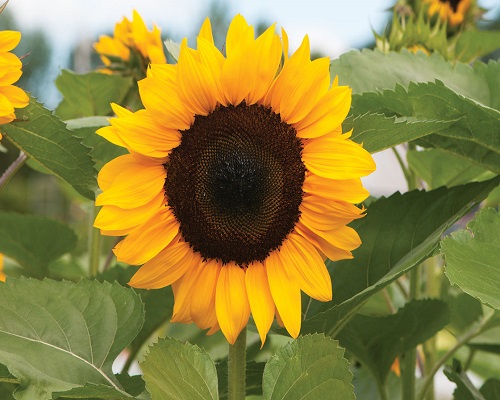 While these lovely blooms are a namesake of the sun, they also need it a lot. Under sunlight, they can grow to a maximum of 6 to 8 hours a day. But, when they are grown, they have to be harvested in the morning since they wilt in the afternoon. Besides rays, they also need lots of room. Since they can grow fast and taller, their seeds need to be sown at a distance or else, they won’t be able to grow to their potential. 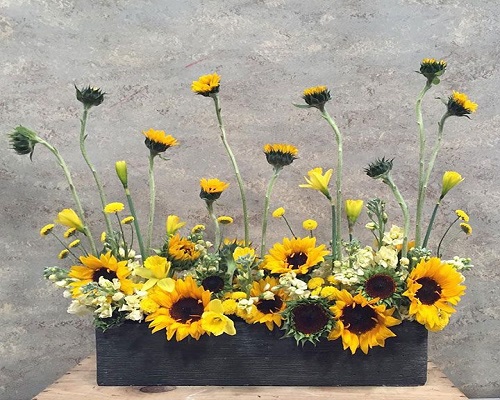 Since their growth relies on sunlight, they tend to react to any source of artificial light. These blooms face the sun in the morning and when the sun covers half the distance towards the west and reaches overhead, young sunflowers rotate their heads and look at the sun. But when they mature and grow, they stop following the sun, and their heads are remained faced toward the east.

5. They are made of thousands of florets 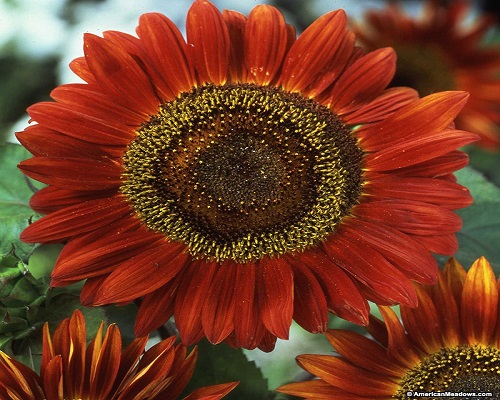 While it may not be noticeable to naked eyes, a closer look at the head of sunflowers under a microscope will show that there are thousands of florets on it. They also provide seed for reproduction from the middle part of the disc florets. These florets are self-pollinated or can be pollened by being spread by the wind or insects. The petals are actually known as the ray florets, which cannot be reproduced.

6. Russia is the highest grower of sunflowers

Sunflowers were introduced to Russia by Peter the Great. Though these sunny flowers took time to become popular because of differences in opinions between the Russian Orthodox Church and other churches, they were reintroduced in the 19th century by Russian immigrants to the USA. When Russian saw full-grown sunflowers, they took interest and started cultivating it and entered the record book as the highest grower of sunflowers in the world.

7. They purify indoor and outdoor air

Sunflowers are not just pretty looking, they can also purify indoor and outdoor air. They even have the properties to help reduce the effect of toxins from radiation.

If you are fascinated with these facts and want to have them in your home or office, contact Melbourne Fresh Flowers on 1300 60 20 11. We also deliver a variety of flowers online across Australia the same day as your order.