Flowers are a timeless symbol of beauty, and there is hardly any person who does not appreciate their charm. An exquisite dress made out of flowers is something that is beautiful and surreal at the same time. There have been quite a few head-turning appearances of models in the past in a dress made up of flowers and just a few days back, former Miss World Australia, Madeline Cowe stepped out in a dress crafted out of fresh blossoms. The 25-year-old, who is one of the top models in Australia, wore this floral dress as a part of her association with the antihistamine brand Zyrtec.

The dress was handcrafted out of the colorful blossoms supplied by a top florist in Australia. If you have already looked at the photos of the dress, you know how elegant it looked. Here are some facts about the dress.

1. The dress was made of 1200 numbers of high pollen flowers and weighed around 23 kilograms. To wear it, Madeline had to slide into it from below while four or five people held it up for her.

3. She made her appearance in this dress made up of flowers at the Rosehill racecourse at Sydney, along with her boyfriend Charlie Dixon, who is an AFL superstar.

4. The dress was beautifully designed with the best stock from the fresh flower suppliers in Australia. It had a white base with shades of green and touches of yellow, orange, and violet spread through the body.

The flowers in this flower dress were all high pollen, and the significant fact is that Madeline herself suffers from hay fever. Since she grew up on a farm, this allergy has been her problem since her childhood, and exposure to pollen and dust is a major trigger of this problem. Hay fever affects a large percentage of the Australian population and this dress made up of flowers was a part of the campaign from Zyrtec, to make people aware of the long-term solutions for this problem. Madeline made sure that she took Zyrtec when she wore this dress out.

Not only are some of the best flowers for the dress are high pollen ones, so are a wide variety of others in the outdoors. So during the season, the symptoms affect so many people who are down with watery eyes and fever. This event was to increase awareness among the sufferers of an allergy that they can fight out the symptoms through the season with the right advice and medication. 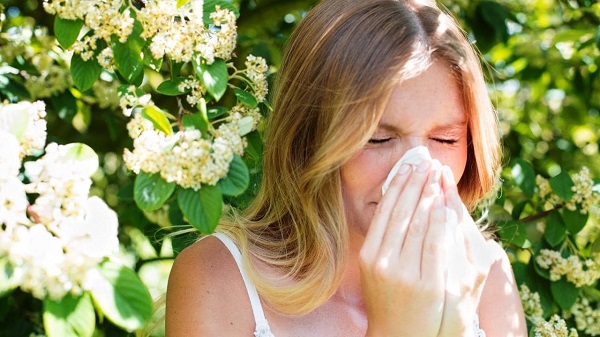 Do you want one?

If you are planning to craft a floral dress yourself for a special occasion, you need time and patience to prepare it, along with the right flowers. Carnations, roses, hydrangeas, and orchids are some of the best flowers for dress purposes. You can contact some of the top florists in Australia along with the fresh flowers suppliers in Australia who have an online presence to get the best flowers. Wearing a finely crafted dress made of flowers can make that moment special in your life.